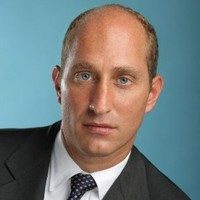 Adam Leitman Bailey is the sole founding partner at the eponymous law firm he built from the ground up into one of the foremost legal practices in New York. The firm, Adam Leitman Bailey P.C., focuses solely on real estate law and litigation and has become all but synonymous with the most important, bet-the-company disputes and deals of the new millennium. Its work has, in many cases, even served to transform New York’s real estate landscape.

A few of Adam Leitman Bailey’s more notable cases include:

Trump SoHo–According to a real estate magazine, the last day developers and real estate brokers exaggerated their sales numbers ended when Adam Leitman Bailey represented a group of contract-vendees at newly constructed Trump Soho.  Claiming on the Apprentice that the building had been sold out contradicted our evidence that only 15.8 percent of the units had been sold.   Using the courts, and working with the District Attorney’s office, the aggressive prosecution uncovered the inflated numbers and our clients received 90 percent of their money returned plus attorney fees.

Ground Zero Mosque–Because Bailey believes that persons of every religion and nationality should be able to own and build on its property, his firm took the Ground Zero Mosque case. Realizing that if one religion is stopped from building based on its beliefs then other bans against other people and religions could follow.  Besides using the Frist Amendment and pointing out the obvious racism and lack of the proper forum for this case to be litigated, Bailey gave a passionate argument going back into real estate history and religion in America and the builders of the Mosque won the case and were given the right to build.

The Save Harlem Association v. Kimko–The tenants of the largest building in Harlem hired Adam Leitman Bailey to defend itself against the largest shopping center developer in the country.  Wanting to demolish the building and build a shopping center.  All of the leases of the commercial tenants had either expired or had provisions, allowing them to be terminated.  However, Adam Leitman Bailey, appeared in Court and received an injunction stopping the evictions and the demolition of the building.  A decade later, the building still stood and most of the tenants never moved out and were paid over a million dollars to settle their cases.   The arguments presented to the judge included preserving Harlem and its history as the epicenter of African-American culture.

Rivas v. McDonnell–The owner of a Brooklyn multi-family building sold it to two different buyers at the same time and took their money.  Our client has poured her life savings into the purchase.  Our client had not purchased title insurance and the second purchaser not only purchased title insurance but from the largest company in New York.  The fierce battle included theft and fraud, but our client signed her contract first and because we stood at the Recording Office on line at 7 am, we recorded the deed 24 hours before our adversaries.  These facts convinced the court of give our client ownership of the building and this decision participated in changing the recording system in New York to make it harder for a seller to do sell to two parties again.

Adam Leitman Bailey P.C.’s reputation as a law firm dedicated to serving the best interests of not only its clients, but New York City’s communities. For its top-tier work, the firm has received awards and recognition from every prestigious ranking agency in the industry.  Chambers and Partners has spotlighted Adam Leitman Bailey and the firm as a leading attorney and law firm for multiple years and has the distinct recognition to be one of three firms with 30 attorneys or less to have achieved these honors. Chambers and Partners remarked that Adam Leitman Bailey as a “tenacious and confident litigator who is quick-witted in court and respected by the judges.”

The Commercial Observer named Adam Leitman Bailey as one of New York’s Most Powerful Real Estate Attorneys, while Martindale-Hubbell awarded him with an AV rating –its highest possible ranking. Super Lawyers named him one of New York City’s Top 100 Lawyers and 70 percent of the firm’s attorneys received Super Lawyer honors.  Adam Leitman Bailey and his firm has been named a Best Lawyer and Best Law Firm and he is a fellow of the highly prestigious American College of Real Estate Lawyers.

Accolades for Mr. Bailey and the firm go beyond victories in court, in the boardroom and the awards circuit.  His colleagues and the judiciary have praised his work. One New York State Judge, New York County, wrote that Bailey “was the best trial lawyer I saw in my nine years as a judge in New York City.”   A New York State Judge, Kings County, stated that he had known Bailey for fifteen years and “that he is a brilliant lawyer and innovative who always worked zealously on behalf of his clients.” Another client told a magazine, “[Mr. Bailey] has a vision where he could foresee how a case would likely be resolved at its very commencement.”   Another former partner at a large law firm observed told the Commercial Observer “He has built a remarkable law firm. I don’t think everyone understands that what he has done is a huge accomplishment.” Dealing With Disabled Applicants & Residents: How to Comply With The Law

Adam Leitman Bailey’s work as an author extends beyond newspaper pages. He is a two-time award-winning author. His first book, Finding the Uncommon Deal, made the New York Times Bestseller list and earned Bailey a 2012 First Time Author Award from the Association of Real Estate Editors. The book received glowing acclaim; as one reader put the matter for Goodreads, “If you live in New York and want to buy real estate, then buy this book. It will save you money in ways you never imagined.”

Adam Leitman Bailey’s second book, HOME, is meant for children — but has gained considerable appreciation from parents. In 2017, HOME earned a Mom’s Choice Award and received a Silver award within the Literary Classics’ Picture Book/Early Reader category. Says one reviewer: “HOME is ideal for teaching children what makes a home, and how other children live. It’s an inspired story about how the power of family transcends place.”

Adam Leitman Bailey’s co-edited the book Real Estate Titles: The Practice of Law in New York (Real Estate Titles, 4th Edition), which is meant to educate the public towards all aspects of real estate transactions are covered: from the nature of title and estates in New York to deeds, contracts of sale and real estate financing. The comprehensive coverage of this landmark book’s 34 chapters is without equal. Adam Leitman Bailey’s philanthropy matches his drive to zealously protect his clients from injustice. Almost 20 years ago he founded Building Foundations & Dreams where he mentors students who grew up like he did, provides 4-year college scholarships, provides paying internships and supplies the tools to help these students obtain jobs including computers, interview clothing, advice, mentoring and assistance with the college admission process.  Bailey also works with disabled children and one of his missions is to stop bullying. More information on these programs as well as his award-winning books to help first time home buyers and underprivileged children can be found at buildingfoundationsanddreams.com.